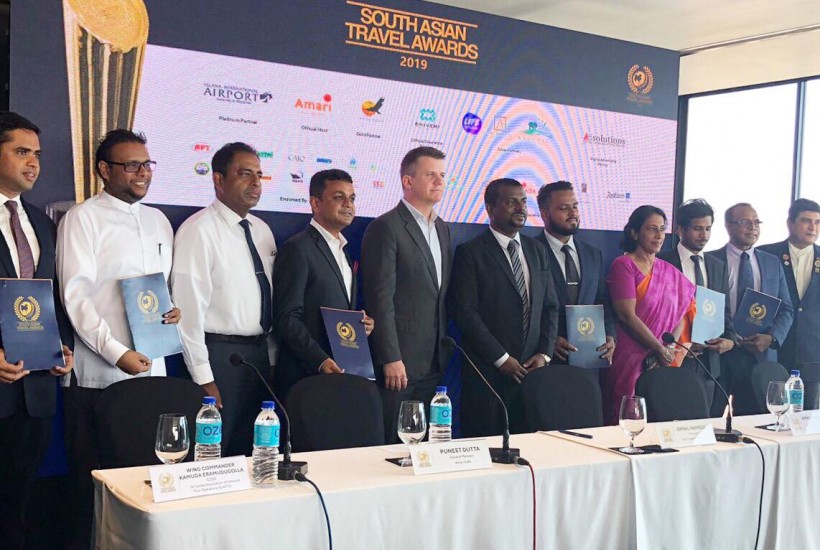 The South Asian Travel Awards (SATA) was launched in 2016 with the intention to provide brands across the region’s travel and hospitality industry with a credible platform to be recognized for their outstanding achievements.

As the first brand to celebrate a wide and encompassing spectrum of hospitality and travel in the South Asian region, SATA has received immense support from regional hospitality brands and organizations. The first SATA Gala ceremony was hosted at the Mount Lavinia Hotel in 2016, with subsequent SATA Gala’s held at Equator Village Maldives in 2017 and The Taj Mahal Palace Hotel, Mumbai in 2018. Now in its fourth year, SATA 2019 has received over 500 nominations from a plethora of segments within the industry.

The 2019 edition of the South Asian Travel Awards (SATA) evaluations conducted by our expert panel of judges began in Maldives during June and continued to major cities in the region including Colombo, Bangalore, New Delhi, Kathmandu, and concluded in Dhaka, Bangladesh on 19th July 2019.

The winners will be announced at the 4th Annual South Asian Travel Awards Gala Event scheduled for September 2019.

With participants from 6 Destinations (India, Sri Lanka, Bangladesh, Bhutan, Nepal and Maldives) and endorsement from more than 17 Travel Industry Organizations and National Tourism Bodies, SATA has grown immeasurably over the past four years.

After the recent setbacks suffered by the industry due to the cowardly and deplorable Easter Sunday attacks, we have after much debate decided to have the final Gala event in Sri Lanka this September as a mark of solidarity and support.

We have therefore chosen to align our brand with the following partners, as unveiled at the Partners Signing Ceremony held at Ozo Colombo. Agreements were signed today by the President of SATA Mr. Ismail Hameed and Vice President SATA, Sri Lanka Mr. Sameer Yoonus.

Velana International Airport, Maldives – confirmed as the Platinum Partner for the prestigious regional award between the 6 countries in South Asia in order to have a good networking and promote Maldives as a destination. MOU was signed with the SATA team with Maldives Airports Company Ltd (MACL) in Maldives on a prior date.

The Life.lk was appointed as a Silver Partner of the event and Dr. Amila Kankanamge signed the partnership agreement. Lanka Innovation Forum for Entrepreneurship (LIFE) is a movement comprising of technologists, start-up & SME entrepreneurs and the general public  interested in using technology & innovation for economic and social growth.

Sole Asia.com – was also appointed as the Silver Partner of SATA 2019. The partnership agreement was signed by CEO / Founder Mr. Abdul Latheef.

In addition to the partners listed above, Sri Lanka Association of Inbound Tour Operators (SLAITO) and The Hotels Association of Sri Lanka (THASL) also exchanged endorsements for SATA 2019 at the event. A special press conference was given by the following members after the official unveiling of the key partners and official host of SATA 2019:

SATA Team is proud to unveil the key partners of 2019 and looking forward to host a grand gala celebration awarding the Winners of the prestigious South Asian Travel Awards (SATA) for the leading hospitality brands across Maldives, Sri Lanka, India, Nepal Bhutan and Bangladesh. The Grand Gala will be hosted at Amari Galle on 19th and 20th September 2019.